Matilda was brought up in a family that was well known in the local district for their hard work and colourful characters. Matilda’s father was Alexander (also known as “Sandy”) Dodds. He sold water to the local Traralgon Police station for 1d per gallon in 1862 before the station was able to install a pump to supply permanent water to the building. In 1864 Mr Dodds’ family was one of just 14 families living in Traralgon at the time and his occupation was described as “Gardener”.

At aged 19 Matilda gave birth to baby John Dodds in 1864 (the father being listed as “unknown”). Sadly, three days after, the poor little boy died of convulsions on the 2nd of February. The convulsions lasted for two days without medical attention. Doctors were not available in Traralgon in 1864, most doctors attended in Sale and Rosedale- Traralgon patients commonly had to go to Sale and Rosedale for treatment- an arduous journey by horse and carriage until train lines were built in the late 1870’s. Mounted Constable John O’Connor buried Matilda’s baby a day after his death in the original Traralgon burial ground (near the current railway line/station in Traralgon).

At the end of the same year (1864) Matilda married Henry Gardiner. They lived by the east bank of the Traralgon River in a rustic home. In 1868 Matilda gave birth to a beautiful baby girl whom she named Mary. But sadly, Matilda’s child once again perished. Read below for more information on Mary.

On the 26th of February 1869, little Mary Gardiner passed away aged 4 months from inflammation of the liver after seven days of illness. There was subsequently a coronial enquiry into the death from which Coroner Henry Luke deposed the death was from liver inflammation (this was thought to be due to exposure to the cold). The Baby at the time of her death was living with Alexander Dodds in the care of Matilda’s mother Margaret Dodds (nee Fleming, DOD 28th March 1880 aged 69 in an unknown site at the Bluff Cemetery, see article below which states Margaret Dodds was not held to blame for the little infants’ death and Mrs Whalley, a neighbour and midwife was in attendance in the days before the child’s death).

Where was Matilda, why was she not taking care of Mary? Matilda had sadly been subject to a terrible accident where, after only weeks from Mary’s birth in 1868, the young mum suffered an epileptic seizure followed by severe burns. She was removing some cooking from her open fire when she “fitted” and fell into the flames and was severely burnt. She was subsequently taken to the Sale Hospital where she lingered for nearly 11 months whilst her young baby perished whilst in the care of the child’s Grandmother.

Mary was the last buried at the first Traralgon Cemetery that used to lay at the site of the railway (east of the station and evidenced still by a couple of old pepper trees at the west entry and lower bank of the creek). Store owner Mr Henry Luke esq was the coroner called to her death, she was buried on 12/11/1869, witnessed by her grandfather Alexander Dodds and recorded as the first death in the Traralgon District Death Records started in 1867 by the now Births, Deaths and Marriages.

Often cemeteries were chosen because grounds were easily dug and within walking distance of towns, there wasn’t any official records kept (until 1867) and no trusts dedicated to oversee the burial areas. Cemeteries were common areas that dead were buried and it wasn’t until 1867 records were begun to be kept, then in early 1870’s trusts were formed in many locations followed by many burial grounds being gazetted officially in that same decade. Baby Mary Gardiner was the only officially registered burial at the first Traralgon Cemetery at the rail line, there being about a dozen burials at the cemetery in its active time.

Mother and child (Matilda and Mary) are among the first registered deaths of Traralgon residents recorded in the Births and Deaths Register which began in 1867. Their deaths along with 3 other early entries from Traralgon were to be the subject of coronial enquiries.

Reported in The Argus on Saturday the 2nd of January 1869 was the following:

“An accident happened to a poor woman named Gardiner, residing at Traralgon, which is likely to terminate fatally. On Thursday morning, last, she was engaged in some house-hold duties, and when in the act of lifting something off the fire, she fell down in an epileptic fit, and before assistance arrived she was so badly burnt that but little hopes are entertained of her recovery.”

The article above being in relation to Matilda Gardener (mother of Mary). Most information found to date has been regarding the baby Mary. Imagine the emotion poor young mum Matilda suffered at hearing of her daughter’s death as she lay fatally ill in the Sale Hospital. Certainly, her heart must have broken. Not to mention the upset of the grandparents and poor Mrs Whalley who attended to the child prior to its death, a sad and tragic event for all concerned.

Note: Mrs Whalley was a kindly soul who administered to the needs of the local ill. She was a midwife who rode out on horseback to many people in need at all hours of the day. It was usual for her to be called upon for her remedies and skills to assists new mums, babies, the elderly – anyone who required nursing help that usually would have been provided by a Doctor had they been available in the pioneering decades of Traralgon. 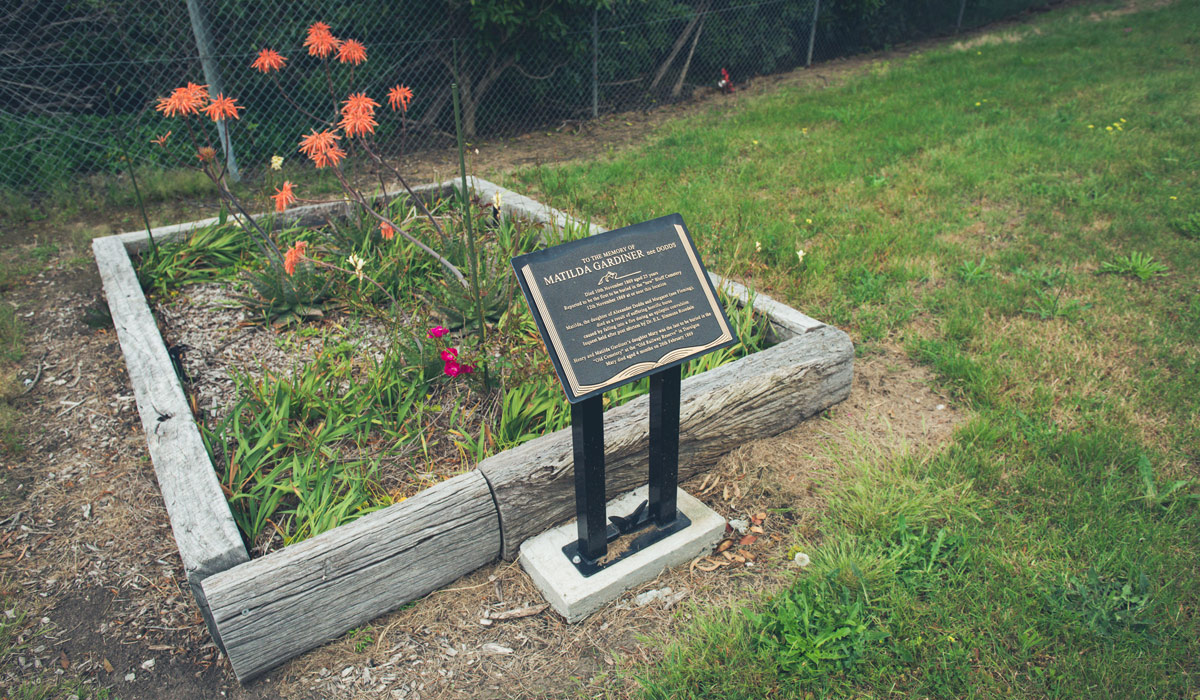